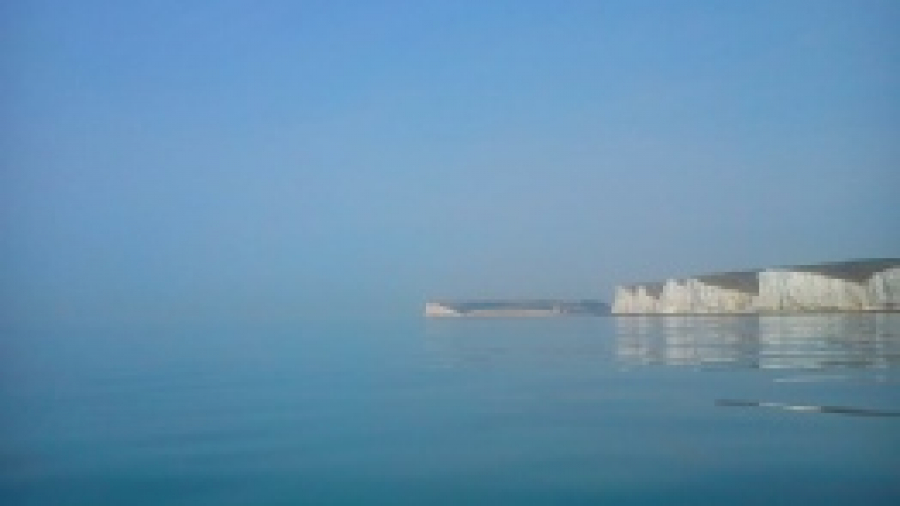 As a trip leader, Bruno had planned Sunday’s trip from Birling Gap to the Seven Sisters Country park. However, for one reason or another, a decision was made to avoid the shuttle run and launch and return to Birling Gap. With hot weather and flat seas expected, I decided to take my sit on top fishing kayak along with a view to catching supper. A decision I was soon to question!

After a 1 hour drive, I arrived at the clifftop car park (didn’t expect that) and took a look over the edge at the 15-20m drop. The only access was the new £60,000 stairs to the beach, which were not really designed with 14ft kayaks in mind. A questioning look to Bruno brought the reply “no problem, I’ll get my throw line”. With great trepidation, we tied on the first kayak, eased it over the railings and lowered it successfully to the beach below. Well, now Bruno’s kayak made it, I might try mine.  We were so busy lowering kayaks no one even thought about taking a photo. However, with the wonders of science, I found a youtube clip of someone lowering a similar kayak to mine.

Boats finally on the beach, the six of us (Peter, Penny, Flick, Bruno, Wendy and I) departed.  We had a leisurely paddle along the coast towards the Country park enjoying the crystal clear waters of the Med along the Sussex coastline.  Three miles later and still thrilled by the conditions, we beached the kayaks for a spot of lunch. This was one of the longest lunch stops I have had with ACC, but allowed plenty of time for eating, relaxing and a swim for those that fancied it.

Back in the kayaks and tide behind us, we had a leisurely paddle back to Birling Gap. Flick even had time for a swim en-route.  As we approached Birling Gap there were some interesting sites at one end of the beach as some sun worshipers seem to like to wear less than some others.  The beach at the steps were considerably busier than when we left and with people sitting underneath, the use of a rope was not an option. This meant the task of carrying the kayaks back up the steps avoiding a number of people who still wanted to come down.

Finally, back up on top of the cliff, and cars loaded it was time for a drink at the convenient cafe

Many thanks for organizing the trip, Bruno. 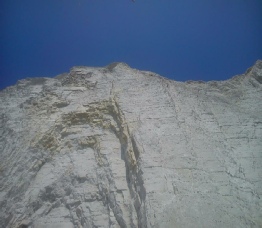 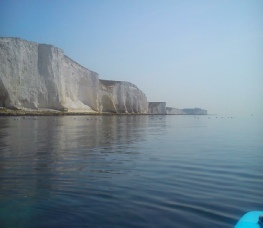 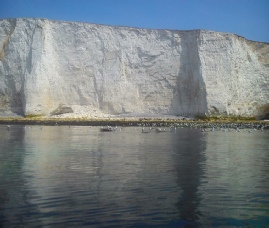 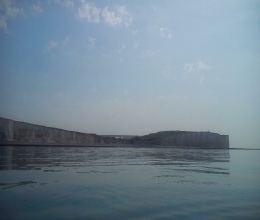 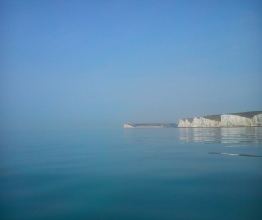 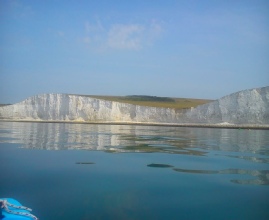